Data-in-use Encryption on Oracle and PostgreSQL

Speakers will present at 3.00 PM

Data-in-use Encryption on Oracle and PostgreSQL

RDBMS has the ultimate function to store data from Applications, in a very fast manner yet durable. Data Integrity guarantee is the great purpose of Database Server, the other one is to control who can write and read. RDBMS implementing ACL, Role-based access, and others.

One of the greatest challenges in Data Management is storing very confidential data, so not even anyone can read it unless the owner of the data or the one who has given it.

There are many options for data in-store encryption, while there are very limited choices for us to have Data-at-rest and Data-in-use (in-memory) encryption.

This time, we bring the Principal from Korea, presenting their great solution for highly confidential data encryption on PostgreSQL and Oracle. This is One-of-a-kind solution that is definitely needed by Financial related Industries.

We prepare gifts for 6 lucky participants and voucher for 50 early registrants who attend and submit the satisfaction survey form at the end of the event.

If you are wondering with the answers of questions below:

Join us to hear from experts

In this session, our Experts will explain in-depth knowledge about how CubeOne can help to encrypt confidential data end to end and prevent the data leaks. Any other question you may ask the Speaker about this technology, is this able to help Us to solve our confusion? 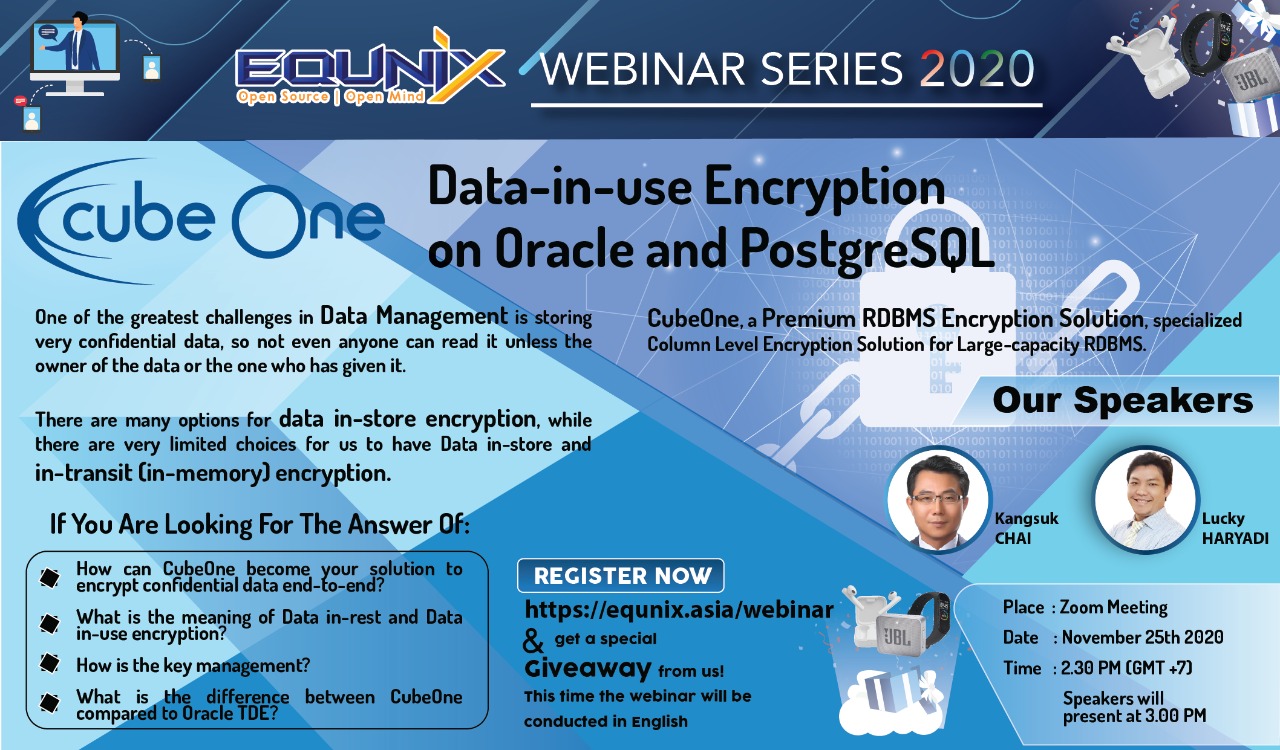 Got a question? We've got answers. If you have some other questions, see our support center.

We would also like to announce that PGConf Asia is back, China will be the host!

We expect this would be a great hub between technical advancement in PostgreSQL combined with Corporation Business Users. The event would be conducted in an easy talk while chilling in to get more inspirations, from the business side as well as technical perspective.

Do join us and contribute to this event as: