Carrefour implements PostgreSQL from store-to-head office server, to accommodate transaction data both in real time online and in standalone mode. With the flexibility of the PostgreSQL mechanism, Carrefour capable to achieve optimal service levels with total Equnix services support while maintaining a low but effective investment cost. Equnix implements the Multi-Master Replication model into the PostgreSQL state-of-the-art feature in enterprise solutions. The number installed to date is over 200 Database logical instances, spread nationwide.

PT. Trans Retail Indonesia proved to be very helpful with the services of Equnix. This is evident from the entrusted Equnix by PT. Trans Retail Indonesia in the development of fields in addition to other PostgreSQL of their information systems, in particular with the inherent assistance provided professionally by Equnix. At Carrefour, Equnix also contributed to the development of the price calculation system, with an initial increase of 7 hours to calculate the price of about 7000 items, to be only 15 minutes to calculate the price of 15,000 items.

Borma has a Post-of-Sale sales system that uses the PostgreSQL database as its database server. This is the right choice because Borma can save costs when using other proprietary software. A large, critical system must have a reliable database and have local professional support so that the database is always in prime condition.

Equnix is pleased to maintain the Borma database and has provided support for every case that occurs. This provides peace of mind for Borma management because if a case occurs, the case can immediately escalate to Equnix. Equnix has also optimized the reporting queries which were previously slow but now reporting can run faster. 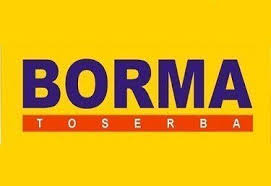